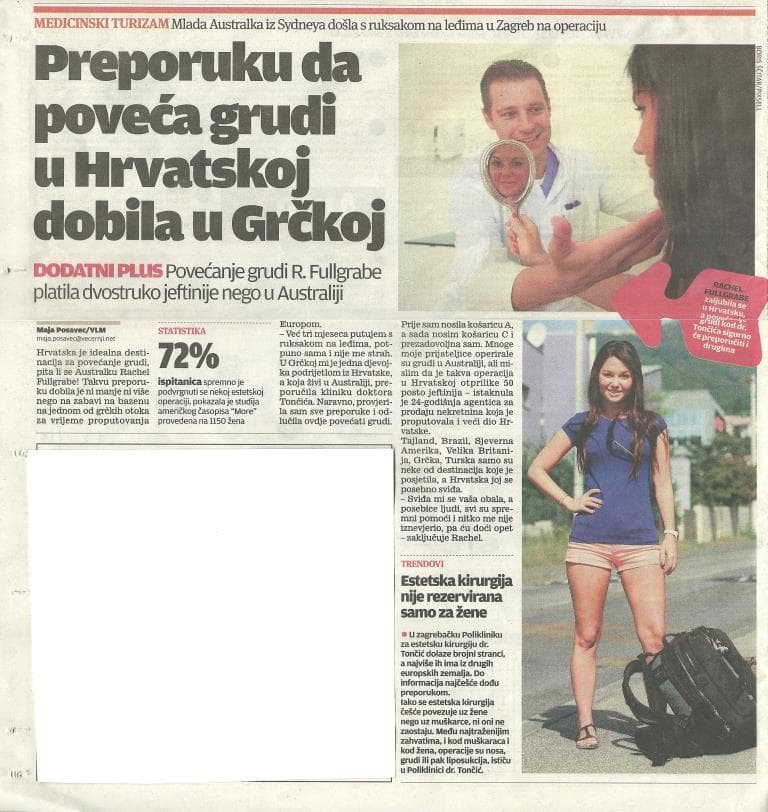 I got a recommendation in Greece to have breast augmentation in Croatia PLUS Breast enlargement in Croatia costs two times less than in Australia.

According to the survey of the American magazine “More” conducted among 1150 women, 72% are willing to undergo some sort of cosmetic surgery procedure. Croatia is a perfect breast augmentation destination, according to Rachel F. (24) from Australia! She got this recommendation at a pool party in Greece, while travelling through Europe.

– I’ve been backpacking for three months now, completely alone and I’m not afraid. The girl that I met at the party is of Croatian origin and she recommended dr. Toncic for breast augmentation. I followed her advice, checked all the reviews and decided to have my breast augmentation here. I used to have an A cup and now I’m a C cup and I am extremely satisfied. A lot of my friends have had breast enlargement in Australia and I believe this type of surgery is half price in Croatia – said Rachel.

Thailand, Brazil, North America, Great Britain, Greece and Turkey are only some of the destinations Rachel has been to, and she is quite fond of Croatia.
-I like your coast, especially the people as they are very friendly and ready to help. I will come back – she said.

Many foreigners come to Cosmetic and plastic surgery clinic dr Toncic – mostly from other European countries. Just like Rachel, they often get recommendations for dr. Toncic. Although women more often use cosmetic surgery procedures, men also seek solutions for their aesthetic problems in cosmetic surgery. Most wanted procedures, among both women and men are nose jobs and liposuctions, breast augmentation for women and gynecomastia, for men.

What you can read next 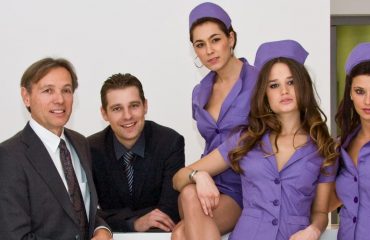 News from the world of cosmetic surgery

The team of the Dr. Tončić Clinic, under the expert guidance of top cosmetic surgeons Dr. Rajko and Dr. Dinko Tončić, performs numerous procedures every day in the field of cosmetic surgery and achieves top aesthetic results.